Log In • Sign Up
Follow us on
Go to official site
Go to official site
Home › General Chat
Log In • Sign Up
Check out the patch notes for the August 13th update, P.E.T. Part 2: http://forums.mabinogi.nexon.net/discussion/23540
[NEW MILLETIANS] Please note that all new forum users have to be approved before posting. This process can take up to 24 hours, and we appreciate your patience.
If this is your first visit, be sure to check out the Nexon Forums Code of Conduct. You have to register before you can post, so you can log in or create a forum name above to proceed. Thank you for your visit!
«123» 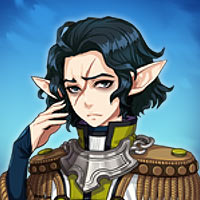 Mabinogi Rep: 2,600
Posts: 596
Member
January 23 in General Chat
So I expect to get «flak» on the sole basis that some of these topics or things I might seeming claim may be either so-called controversial or some people just disagree (and some are just out-right sarcastic by habit, and have a history of it, too), but as I am «abroad» (overseas) right now I have a limited amount of time to be on-line so there is the potential that I might not even post any more or reply to anything until after a month from now. And I really should have gotten a laptop with a 4.0GHz (or faster) CPU (processor) rather than being as much of a cheap-skate that I was as it seems that there is an absolutely gigantic and enormous difference in speed/performance between 3.0GHz and 4.0GHz CPUs/systems. The main computer that I use at my home-office runs on a 4.0GHz CPU (with 32GB DDR3 SD-RAM) which some people say is over-kill so this laptop that I am using right now kind of feels something like 50x slower than what I'm used to on my main desk-top (one of the reasons probably I won't be on-line too much until I return from the other continent; at the least this most-recent laptop still runs/performs a bit more efficiently than all of my previous laptops). Most (non-gaming) laptops on the market though seem to be mostly 3.0GHz for some reason (even though everybody was supposed to have owned flying cars by the time the year 2000 arrived). Not to digress too much...

F2P vs P2W : Elves are said to be the P2W race, Humans are the balanced/versatile ones, and Giants be the strongest F2P option.
I don't really know what else to say, but as I am not the type who really supports a «P2W» model I typically don't spend $$$ on much of anything that would be (too) P2W-oriented, but lots of extra bag-space is always valuable in an MMORPG like Mabinogi so pets are collected.

Server-RAM : More than one forumer has said that you cannot just throw more RAM at the servers and expect to fix the problems. Actually, I say that you can add more, and that it has resolved (some) past-issues, but I might agree that it only resolves things up to a certain extent. The Nexon team did at one point upgrade the servers in the past, and you can «blame» me for prodding them into it, and it actually did (seem to) improve things (for a while). Ultimately, the coding is the root of it all, and once that can be made stable, then the rest becomes easier to manage rather than a debugging nightmare. I also read that Adobe FlashPlayer will be phased out eventually and replaced with some other whatever-it's-called; I say that's been long over-due as Adobe Flash-Player just cannot seem to to avoid Memory Leakage (anybody who has used FlashPlayer-required pages should know what I mean as the more your Flash-Player loaded page continues to run & loop it eventually just slows down to a crawl such to the point that you have to re-load the whole entire page to avoid potential errors or other problems).

Archer-Set : For some reason, even when I have stated that I have no arguments nor objections against the «math» used to refer to «end-game elves» as having the highest DPS (potential), I somehow get people «acting like my mother» on here, because she likes to say «don't argue» or «stop arguing» when I simply asked a question (or two). What I probably need to say is the following... if you're going the P2W route, most of you would probably prefer the Elf-Race if you choose to focus on Archery, if naught more than just for the per-hit damage-potential, but, for those of us who are cheap-skates, and take the F2P route, we're probably not going to have a «fun» time being constantly out-damaged by everyone else and every other skill-set due to the slower default aim-speed that an Elf has in contrast to the Human counter-part. Yes, I know, I know, there are people who have watched YouTube videos, read damage-charts, etc., but I am talking about F2P here, which still doesn't really do that much impressive damage nor DPS even at its (F2P-version) «end-game» stages (emphasis on the F2P part of end-game-status; for there is most-certainly a HUGE DIFFERENCE between F2P end-game versus P2W end-game).

Additionally, I was one of those few people who was actively using all three races, and so I kept them at similar progressions, and if I had to choose between Human or Elf for a F2P Archer (emphasis being on F2P and thus not P2W), I would most-certainly favour the Human for it over the Elf. I should also note that I did used to have sub 5ms ping for all of this back when I used to domicile at Washington-state and that both human and elf were progressing at similar AP-accumulations and skill-ups (the Elf just takes longer to catch up to the Human in Rank-Progression because their Archer-skills require more AP per skill-up than Human Archer-skills), although AP-management has become largely irrelevant these days now that AP practically falls from the sky, and anybody who's paying attention & really wants to should easily be able to reach 10K+ levels in less than 3 months (whereas this sort of thing used to take years). How-ever, I bothered to pick up the Chain-Blade, and actually ranked its skills, and I have all of the Chain-Blade skills (other than Death-Mark which I've still yet to rank past r8) at r1 (with Master-Titles, yes, all of them, that are possible to get pre-Death-Mark-r5 anyway), and, for the life of me, unless I wanted to either waste time or switch into a P2W Milletian (with the exception of the times that I just want to burn throw arrow-use just for the sake of depleting my arrows-stock), I literally see absolutely no good reason to bother using most other skill-sets when I can just Chain-Blade everything, and I don't even need to P2W it to frequently get 10K+ per-hit attacks (even without the need for BFO-buff; I did get a good roll on a Ladeca-Eweca Amulet though with something like +10 or maybe it was up to +18 Max Chain Blade Damage so that could be helping a lot).

So there seems to be a consensus that End-Game P2W Elven-Archery has the highest per-hit DPS potential (Point-Blank, VoL, Final-Shot, Bohemian-Set, etc., all in combined conjunction of course). Lots of talk tends to go in that direction for some reason. What about F2P? What happens to «End-Game» if the character is either entirely or mostly F2P? This is just a question; I wish to know, and I am pretty sure that there are others who would like to know, too. Does Chain-Blade then become the strongest F2P End-Game Skill-Set or does that just depend on which race is using what weapon/skill-set ? Also, I am still almost always going to use my trusty Spirit-Weapon'd Dowra's Golden Guns to take on that Baltane-Mission known as Knights of the Round Table when running it on Elite-Mode, for all of the other skill-sets seem to be too slow for my Elf to be able to handle that mission other than maybe Chain-Blade (which even then I'd prefer to have a CDA set equipped if I'm Chain-Blading for that particular mission).