Log In • Sign Up
Follow us on
Go to official site
Go to official site
Home › Technical Support
Log In • Sign Up
[NEW MILLETIANS] Please note that all new forum users have to be approved before posting. This process can take up to 24 hours, and we appreciate your patience.
If this is your first visit, be sure to check out the Nexon Forums Code of Conduct. You have to register before you can post, so you can log in or create a forum name above to proceed. Thank you for your visit! 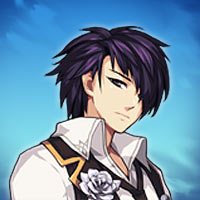 Mabinogi Rep: 510
Posts: 7
Member
January 7, 2017 edited January 7, 2017 in Technical Support
So, I just got enough courage to download the game again, I got this new computer and it could run alot of triple A games very well, What i seem to be having an issue with though, is my favorite game, Mabinogi

-I noticed when i logged in, everything is more smoother, but the gameplay is not fluent. Whenever i used a skill, such as smash, or defense, the skill gets delayed an extra 3 seconds, and when i try to use a basic attack, the character is just standing there, nothing doing anything for a bit.
-I tried summoning and teleporting, and the delay still occurs, i have also tried turning off quest displays. Nothing
The only concern i have is, why is this game giving me issues?
My specs if anyone is concerned, i would also give out my skype and discord if anyone can assist me with this issue
- Intel(R) Core(TM) i3-4150 CPU @ 3.50GHz
-Microsoft Windows 8.1 (build 9600), 64-bit
-NVIDIA Virtual Audio Device (Wave Extensible) (WDM)
-GTX 745 (GeForce Series)
One last Thing, I have A recording of the issue at hand, Please talk to me, so you can see the thing that im talking about