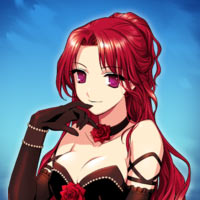 Mabinogi Rep: 830
Posts: 10
Member
February 21 in Feedback and Suggestions
So as the title states, I really think there's some changes needed to the beast/champion/paladin classes.

First off the titles, I think the biggest drawback for late game players is losing their titles when they transform. Unfortunately turning into a falcon is not worth losing my +50 magic attack. I think having the option to not use the titles would reduce the drawback of transforming.

Secondly the skills. I've never played a giant so I can't speak on their unique skill unfortunately.

- Elven Magic Missile has some pretty big flaws when it comes to damage. Which is a shame because I'm an Archer/Mage focused character and my main weapons are staves/bows. I think if the skill scaled better with Int/Dex and did equal damage for bows and wands, it would be a cool update. I also think that the skills could have an added effect based on the element. Ice could have a slowing affect after the blizzard blows, lightning could do a magic defense debuff, fire could provide a burning effect that does damage over time, similar to Meteor Strike.

- Control of Darkness has some pretty interesting mechanics that honestly with some tweaks could be a very useful skill. Instead of having the monsters disappear, I think they should reflect the drainage of dark knight where the health bar stars bleeding. During the bleed process they could have better stats, giving them a berserk-esque mode. Also remove the need for the black fomor scrolls as this is one of the reason I never see this skill used anymore. The taming % also could use a boost.

- Paladins don't have a unique skill and honestly it's kind of fine? It works with their more warrior theme aesthetic and if the title is removed, it's a really nice defensive buff. I still actually see people transform into Paladin for the defensive side which speaks to its effectiveness.

Thirdly, allow humans to change between Paladin and Dark Knight. I know a lot of players who regret becoming Dark Knights and would want to become Paladins.

Lastly I believe that Dark Knights could use a boost in their random stats. Right now they currently get a randomize buff to int/dex/str. While these buffs were nice in early generations, they definitely aren't as useful or practical compared to Paladins consistent buffs. I think either changing this entire system or increasing the % of Dark Knights would be super beneficial.

No results for this poll