Thoughts and input on a reforge system overhaul. 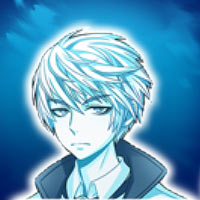 Mabinogi Rep: 3,080
Posts: 139
Member
February 11 edited February 14 in Feedback and Suggestions
So first off, the current reforge system is... Massive. Its been something implemented a bazilion years ago, and people have already sunk a good chunk of money in it.

But if there is talk of releasing reforge rates and/or reworking them anyway, the whole system might as well be overhauled in order to make it more friendly, both as a system and for the consumer. So these are thoughts overall of how a new system could be.

First off, the money part. Of course there would be appropriate compensation given in exchange for moving from this current system to the new. There are many forms that could take:

- Nx compensation relative to buying history.
- A window of time / an event where free cash shop reforges are handed out to let players get back on their feet; and in sufficient amount.
- A permanent NPC put in game, or an npc that gets tasked with helping players move out from the old system to the new. Ill develop this later.

A combination of more compensation rather than less would be better, considering we are speaking of real currency here.

Not everyone will be happy, as that is impossible, but if the new system is inherently better -and fairer- than the old, with accurate compensation, the major changes it would involve could be mitigated. How so? Well, that's where I'm getting at.

The entire pool of reforges currently existing would need to be sorted out better. Some effects should never have been part of the reforge system; those can be put in a skill rework, either as a bonus from ranking it up or adding it to dan ranks, or moved to glyph effects.

I'll take, for instance, the shieldless charge reforge. That this would be a part of the dan test would make the goal of danning that skill more of a reason than to simply add more damage, which is the general trend for danned skills. It adds utility to a skill. In charge's case, it would allow players to have more versatility in close combat overall. With it, some reworks could be added in: Not using a shield when charging would mean that you would still be able to get knocked down while using it, and you would have less defense due to not having the shield and no shield mastery bonus, so you'd have to mitigate what you use and how you use the skill.

Stampede, which is inherently similar to the skill, could also get changes to match that of charge. Instead of relying on monster presence to use it, it could get an aim system similar to lightning rod, with the area affected shown as a path like some other skills show their aoe (ninja and chain skills namely)

Race specific and transformation specific reforges should also be moved out from that pool of effects and worked in either glyphs or the skill rank itself. Crafting success rates and grades should be put in their danned counterparts.

All in all, all 'utility' reforges, aka anything that does not immediately adds damage bonuses, should be worked in dan skills. A simple way would be that Dan 1 = level 5 reforge, Dan 2 = level 10 reforge, Dan 3 = level 20 reforge. All the elemental masteries would get their dan ranks as well as a result of this, just like their combat counterparts do.

And since more dans will be added, how about making them all fairer for high ping players? or less gimmicky? Other suggestions have already been made for this, though.

In the long term, it would also make things simpler for the devs to take in account player power when designing new monsters and bosses.

Things like skill cooldowns, skill duration and skill damage would be kept a part of the RNG pool.

As a result, the left over reforge effects would be simpler to attain, and much more fairer.

Concerning the system itself:
The reforging system as a whole should be made f2p, considering how big of a part of the game it has become, and instead complete glyphs, which would also get a rework to be more usable in terms of a passive buff that you activate and deactivate as needed. Rank would affect how many glyphs/sets you can use at once.

To encourage players to move out from the old to the new system, in addition to compensation, you would be able to choose which effects will become what in the new system on your weapons and gear. This would make all reforges on the same level. The level of the specific reforge that you are changing would remain the same, as well as the rank.

So existing gear which has the old reforges on it would eventually be moved to the new system, which would hold, remember, a smaller pool of effects. It would also have the benefit of letting the player customize what they want and at no cost; which is the key part in this.

Should reforges be rolled with gold, it'll also provide a good alternative to a gold sink.

These are all thoughts and feedback on an eventual rework of the system; feel free to add your thoughts and such, as this is the original goal, but this is also for the devs themselves.