Log In • Sign Up
Follow us on
Go to official site
Go to official site
Home › General Chat
Log In • Sign Up
Check out all of the details of this month's Patch Notes, featuring the Crom Bás Part 2 update!
https://mabinogi.nexon.net/news/71292/crom-b-s-unveiled-abyss-part-2-patch-notes-january-13th-2022
[NEW MILLETIANS] Please note that all new forum users have to be approved before posting. This process can take up to 24 hours, and we appreciate your patience.
If this is your first visit, be sure to check out the Nexon Forums Code of Conduct. You have to register before you can post, so you can log in or create a forum name above to proceed. Thank you for your visit!

In Honor of Mabinogi's 10th Anniversary!

Mabinogi Rep: 1,345
Posts: 15
Member
March 4, 2018 in General Chat
Hello! This is Gawayno from the Ruairi server, with the 10th anniversary on the way, and me being one of those guys who initially played the game on and off since 2008. I want to do something special for this milestone for a MMORPG! We all know Mabinogi has something uncommon in MMOs, a series of storyline campaigns (Only one I can think of on top of my head is the Guild Wars series.), I run a Twitch channel that has been mainly playing Team Fortress 2 during the night, but I've been wanting to do playthroughs of games that I've been doing on Youtube for the past few months now. Since it's march, I want to play through all of Mabinogi's storyline, side quest, and storyline relating to skills (Like Alchemy, Martial Arts, Ninjutsu, Chain Slasher for example). I have videos hinting this too!

I will be streaming on Twitch, all past broadcast will be exported on Youtube!
https://www.twitch.tv/gawayno
https://www.youtube . com/user/gawayno (You'll need to remove the spaces to open this page)

There might be behind the scene stuff that could go on Twitter, keep tabs on me there!
https://twitter.com/Gawayno

I'll answer any potential questions you guys will ask in this part...

Are you making a new character?
Well yeah, if I'm going to be playing through Generation 1 up to Generation 20. (As of March 4th, 2018)

Will you be doing this on a new account?
Sadly, no. Since I prefer using the steam launcher for Mabinogi, and the account is bound to it, and the countless money I spent. This character will be carried by this account, as sad as it is. x_x

When will this be starting and what's the schedule?
Tomorrow actually! As for scheduling, it can be found on my twitch page, but if you're too lazy to check, it'll be at 1 PM - 4 PM CST on the weekdays, and 1 PM - 6 PM CST. (I'm a Central time guy, just so you know! I also have guild events I attend to since I run a guild in Ruairi on the weekends.)

These are all I can answer for now, until then, happy 10th anniversary to every Milletians who play the North American server! 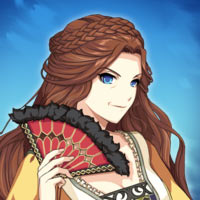 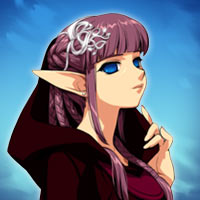