A new way to have PvP! The Memory Arena!

It has such a harsh entry barrier with stats, total levels, expensive upgraded gear, enchants, and reforges all being pretty much required.
Most people won't ever even bother with PvP with such a wall of requirements.

But what if we were to get rid of that wall while also balancing what can be done in PvP itself?

An arena of instanced 1v1, 2v2, and 3v3 scenarios, or more if you want to get fancy. Maybe some special ways to fight?

The catch is simple: You don't control your own character, but an RP character of your selection.
All of them of course balanced and given appropriate skills, while leaving out obvious game breakers.
Stats, equipment, and so on would be balanced to avoid any one shot scenarios too.

For example, an early selection would contain characters like Ruari, Tarlach, and Mari.

Ruari with his claymore, slow and heavy hitting with an updated selection of warrior skills.

Tarlach with his magic, perfect for team fights.

Mari, with her bow, able to do high damage from a distance.

It would be really easy to add new fighters over time as well!
Just use people from all over the game!

From every generation, side quest, and even town NPCs like Ferghus for those kinds of people.

And based on certain RP quests, it would even be possible to go the extra mile and add dungeon bosses as balanced fighters too.
Maybe with some task to unlock use of them? It would sure add to the PvE side of things, thats for sure.
For example, to play as a giant spider, you would need a certain drop from it. Maybe fragments or something.

As for rewards, maybe a gift box with some goodies after a battle?
Maybe coins for a special arena shop, one that could also sell the option of more characters to play as?
Events and gacha could even drop unlocks for joke characters like Fez and Tia.


But this is just a random idea of mine, the ramblings of madness.
Let me know your thoughts. 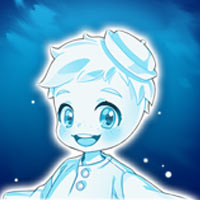