Log In • Sign Up
Follow us on
Go to official site
Go to official site
Home › Feedback and Suggestions
Log In • Sign Up
Check out all of the details of this month's Patch Notes, featuring the Renovation Season 3 Update! https://mabinogi.nexon.net/news/74541/renovation-season-3-patch-notes-may-26th-2022
[NEW MILLETIANS] Please note that all new forum users have to be approved before posting. This process can take up to 24 hours, and we appreciate your patience.
If this is your first visit, be sure to check out the Nexon Forums Code of Conduct. You have to register before you can post, so you can log in or create a forum name above to proceed. Thank you for your visit! 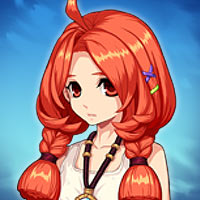 Based on Int and Dex for damage.

Reaper is a very powerful and risky skill to use, The Drain Debuff slowly depletes Life, Mana, and Stamina when hit.but at the same time some of the skills used will drain your Life, Mana and Stamina.

Scythe Mastery:
When you equip a Scythe, your basic attack changes to Magic Attack damage, so that damage goes depending on how much int you have.
Details
Passively: increases the player's minimum and maximum Magic damage when using Scythe.
Binding this skill to a hotkey and pressing it will cause the player to normally attack the currently selected target.

Dark Magic:
Any magic you uses with the scythe will have twisted version of the original magic with different effect apply

Dark Lightning Bolts: Lightning is black and the enemy hit by it lose damage but not at the same degrees as the original lightning. The Dark Lightning will also drain the enemy of their mana base of the damage dealt.

Dark Ice Bolts: Ice is black and once hit will slow the enemy with each hit that slow goes up. The charge up is slower then the original ice bolt.

Dark Fire Bolt: Fire is Black and Purple when hit you will be under a effect of poison that will damage you over time. It will not knock back the enemy like the original fire ball but they both keep the same damage just that the Dark one damage increase each time they get hit by it.

Shadow Phase The player will be fading into cloak with more moment speed and the ability to ignore any attack that come it way. You can activate it again to grab a enemy and steal it HP.

Soul Drain Grab and launch a nearby enemy using the Shadow Chain, then suck the souls(Like Shadow Spirit) for multi-hit Magic Damage. If the target cannot be grabbed, you attack immediately instead. Has Super Armor (Status) throughout the entire animation.

MetamorphosisPartially unleashes the power of the demon and become half-demon (Fomor) With each hit of the scythe your bar go up till the point you hit max you will be able to turn into a half demon you character would have black aura around and holding his scythe like he ready to kill someone. The stance will also be different.

Shadow Reaper You slash the air creating a portal that release shadow tentacles that stretch out and grab anyone closest dealing Magic Damage to enemies.

Shadow follower When ever you kill a enemy with a Reaper skill they will sometime come back up as your ally till the end of the dungeon or if they get KO. Any monsters but the Big monsters or boss monsters.

Double edge You slam your scythe to the ground taunt anyone nearby and then gain a aura that if any one attack you their attack hit them right back double the damage dealt to you. You will still lose Hp normal so be careful when use.

Shadow DeathWhen a enemy hit, You will fade away then later on appear behind the enemy with the end of the scythe in the enemy chest and soon you will pull out the blade with the enemy losing some of it HP if the enemy have lost half of it HP before the counter activate then the enemy will die instantly.

Dark Bound This skill let you take some HP from your ally if you ever get in trouble. As you suck some hp from your friend your friend gets a buff on defense and Protection.