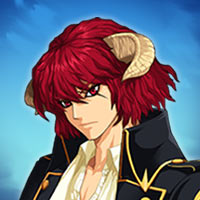 I dont want that to happen

I mean the bit where you are in the crystal... owch... really made me feel like the game was coming to a close