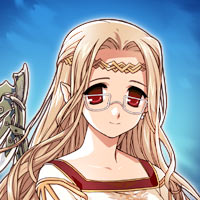 Mabinogi Rep: 620
Posts: 6
Member
December 3, 2018 in Feedback and Suggestions
During the campfire meet n greet/ Q&A someone asked if there would be any updates to the commerce system. Now i'd personally love to see some new mechanics worked into the commerce system like (A) An actual caravan system. Where a group of people can caravan together and receive an accumulated reward (For instance everyone takes the same stuff or even different stuff and the profit of all the combined players in the caravan is given to everyone, but not nccesarily shared so like if the profit for everyones stuff accumilated to 100k everyone would get 100k. and my other idea would be a (B) Body guard system. We already do body guarding, Why dont we get paid for it? So when someone runs a caravan or when someone begins a commerce theyre assigned a body guard if they Apply for one, and when that body guard shows up wthin proximity of the player and actually assists the player with the commerce to its completion the body guard gets a reward ...hopefully a worthwhile one. Maybe there can also be a grading system of some sort that tell's you the skill lvl of the body guard. We could even build on this idea and make it so we grade our body guards with its own system, And the higher the body guard lvl the better the rewards or the more opportunities are available to them