Log In • Sign Up
Follow us on
Go to official site
Go to official site
Home › Bugs and Glitches
Log In • Sign Up
Check out all of the details of this month's Patch Notes, featuring the Reflections: Reforged update!
https://mabinogi.nexon.net/news/69963/reflections-reforged-patch-notes-november-4th-2021
[NEW MILLETIANS] Please note that all new forum users have to be approved before posting. This process can take up to 24 hours, and we appreciate your patience.
If this is your first visit, be sure to check out the Nexon Forums Code of Conduct. You have to register before you can post, so you can log in or create a forum name above to proceed. Thank you for your visit!

Mabinogi Rep: 1,135
Posts: 64
Member
October 13, 2019 edited October 13, 2019 in Bugs and Glitches
I've made a new character on my account meant for a livestream run of the main storyline starting with G1, and the starting quest for Divine Knights, 'Sense of Loss', doesn't adhere to the 'cumulative level 800' prerequisite.

The character is Kalxbroc, on the Nao server.

Instead, as soon as I reached cumulative level 20 or so on the character (I wasn't keeping complete track of it at the time), the questline became active.

I haven't started the first Generation on the character so it's not gotten in the way of the stream yet, but because it takes priority over other quests that involve talking to Duncan I can't just ignore it since 'Sense of Loss' has a higher priority than other quests: For example, talking to Duncan for '[Guide] Building Renown' will instead activate his dialogue for the 'Sense of Loss' quest. Presumably the quest would cut in line and get in the way of quests like G1's 'The Snowy Hills of Sidhe Sneachta', which really breaks sequence, and would be a bit disruptive regardless if it's being live-streamed or just through normal gameplay.

As can be seen, the character has a cumulative level of 23, despite the stated storyline prerequisite, and the quest is clearly active and marking Duncan as the next quest NPC. 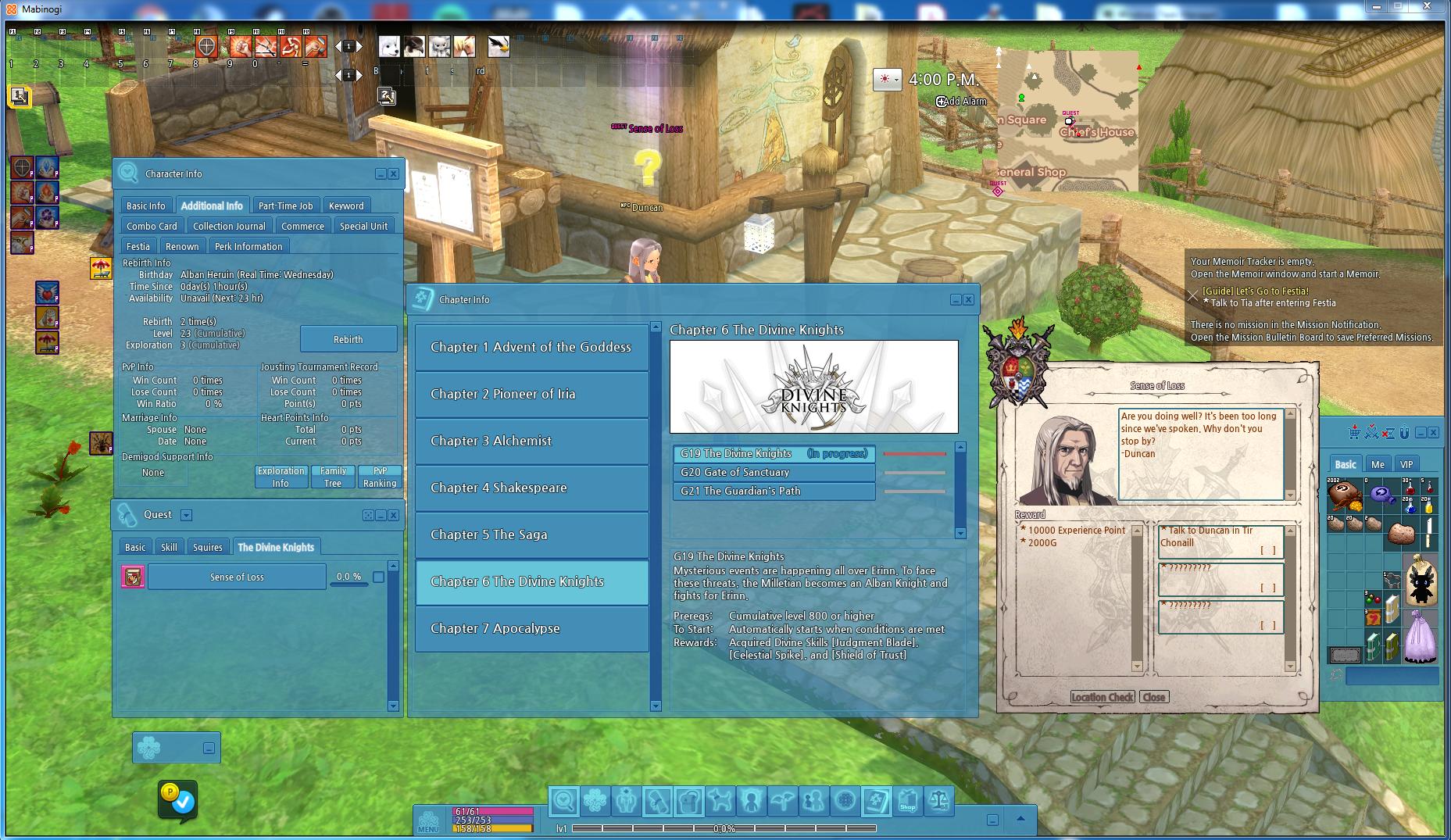 As a personal fix, it'd be nice to have the quest removed from this character, but more importantly it'd be great if the storyline activated when it's supposed to activate: after the character actually meets the prerequisite!
Alternatively, it'd be neat to have some sort of 'Quest priority' system or a button on the Quest window that manually disables/enables a quest so it's not automatically overriding other dialogue when you talk to quest-related NPCs.