Log In • Sign Up
Follow us on
Go to official site
Go to official site
Home › Feedback and Suggestions
Log In • Sign Up
Check out all of the details of this month's Patch Notes, featuring the RE:Life Update! https://mabinogi.nexon.net/news/74016/re-life-patch-notes-april-28th-2022
[NEW MILLETIANS] Please note that all new forum users have to be approved before posting. This process can take up to 24 hours, and we appreciate your patience.
If this is your first visit, be sure to check out the Nexon Forums Code of Conduct. You have to register before you can post, so you can log in or create a forum name above to proceed. Thank you for your visit!

Mabinogi Rep: 940
Posts: 7
Member
August 9, 2021 in Feedback and Suggestions
I made a video on this topic here: 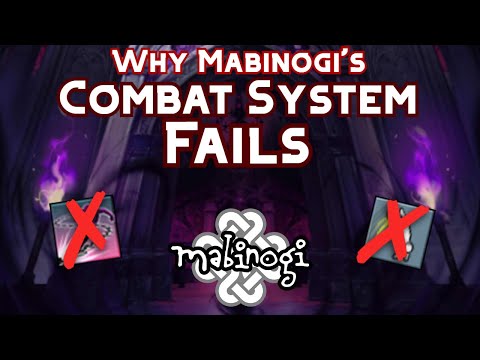 But the gist of the video, for those that don't want to click on it, is that Mabinogi is moving in a direction where the enemy designers can't create a new enemy without making it either too easy or too difficult. End game players either demolish mobs with incredibly high stats to the point where they can ignore all supposed mechanics that enemies have, or cheese all mechanics. One great example of this in recent memory is Alban Knights Heroic SS, where the original strategy was to ignore fighting the mobs head-on altogether and use Barrier Spikes, Ice Spear, an Ice Spear Explosion Range Glove, and the party finish set to Anyone. Nowadays, end-game players have so much stats that they can ignore the 50% max damage modifier altogether and easily one-shot or two-shot everything. In both circumstances, the game had posed no challenge to the playerbase that the content was catered to.

This discussion was inspired by the new end-game content that recently released in Korea last week. I talk about it in the video, but the important part is that fighting the boss is never fun because of the insane amounts of uncounterable, undodgeable, unreactable adds that spawn infinitely, along with the boss's OHKO attack that it can spam and it's crazy high defensive stats. It takes the average party over 2 hours to clear this fight, which is insane. But, even if you decrease the defensive stats, remove the adds, and nerf the OHKO, the fight still isn't fun because the boss doesn't do anything interesting because players will never attempt to dodge its attacks since it's not worth doing so. The new boss has no fun, interactive gameplay, and this has been an issue in Mabinogi ever since the Alban Knights Training Ground came out.

For example, Gray Wolves can now have a variant of Smash that causes them to leap forwards at the nearest target. If the target is still in its path, the Smash will connect, and the Wolf will grab the target and perform Smash. This is similar to Warwick's ultimate ability in League of Legends. This attack allows for the player to counter the Gray Wolf utilizing the dash/dodge skill, attack the Gray Wolf mid-flight, bodyblock the Gray Wolf with another player or a pet, walk out to preserve Stamina, and so much more counterplay.

Counterplay makes for a more engaging game, and Mabinogi's combat system has essentially no counterplay. Everyone would rather opt to use Blaze's invincibility, Anchor Rush's invincibility, Charging Strike, or even just tank the hit and drink a potion. In order for the devs to create challenging content without creating something either overtuned or underpowered, they need to give the players more tools to fight them without just increasing the damage we deal.