Log In • Sign Up
Follow us on
Go to official site
Go to official site
Home › Forwarded Bugs › Archived Bugs
Log In • Sign Up
Check out all of the details of this month's Patch Notes, featuring the Great Era of Commerce Part 2 Update! https://mabinogi.nexon.net/news/75598/great-era-of-commerce-part-2-patch-notes-july-28th
[NEW MILLETIANS] Please note that all new forum users have to be approved before posting. This process can take up to 24 hours, and we appreciate your patience.
If this is your first visit, be sure to check out the Nexon Forums Code of Conduct. You have to register before you can post, so you can log in or create a forum name above to proceed. Thank you for your visit!

Mabinogi Rep: 24,265
Posts: 2,887
Member
February 8, 2018 edited February 9, 2018 in Archived Bugs
What is the issue?
After I took the Advancement Test for Spinning Slasher, I became unable to properly attack or kill any enemies, with any skill or method.
This isn't limited to only chain slash skill, or chain blades. I am unable to attack enemies, or finish them properly, both with Chain Slash Skills and without. Dorcha Conversion doesn't take any HP. If attempting to directly attack something (such as with Dorcha Snatch or a regular combat attack), I become unable to move after attacking. Your Dorcha gauge will also freeze, visually.

Why is this considered an issue?
My character is unable to fight or play properly.
This issue of being stuck after attacking is temporarily fixed upon changing channels, but attacking again will once again freeze movement. And finishing monsters still won't happen.

1) Take and pass the advancement test for Spinning Slasher.

2) Participate in the advancement ceremony and rank the skill up to Dan 1.

3) Go out and attack any enemy, and you will be unable to finish them off, or move after directly attacking. 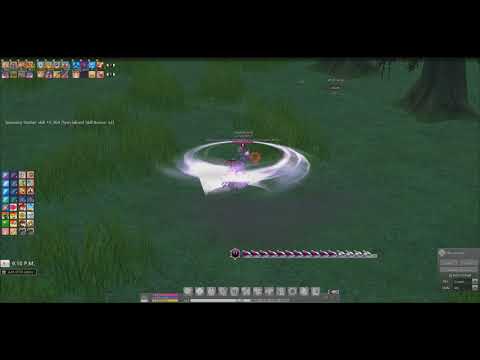