Log In • Sign Up
Follow us on
Go to official site
Go to official site
Home › Content from Other Regions
Log In • Sign Up
Check out all of the details of this month's Patch Notes, featuring the RE:Life Update! https://mabinogi.nexon.net/news/74016/re-life-patch-notes-april-28th-2022
[NEW MILLETIANS] Please note that all new forum users have to be approved before posting. This process can take up to 24 hours, and we appreciate your patience.
If this is your first visit, be sure to check out the Nexon Forums Code of Conduct. You have to register before you can post, so you can log in or create a forum name above to proceed. Thank you for your visit!
«1234»

[WARNING KR SPOILERS]Giant Update (if we get it?)

Mabinogi Rep: 4,050
Posts: 348
Member
October 31, 2018 edited January 19, 2019 in Content from Other Regions
can't understand what they're saying but at the end it looks like that giant is using some form of FH or it is FH? also theres a multi hitting charge attack before the giant FH clip. 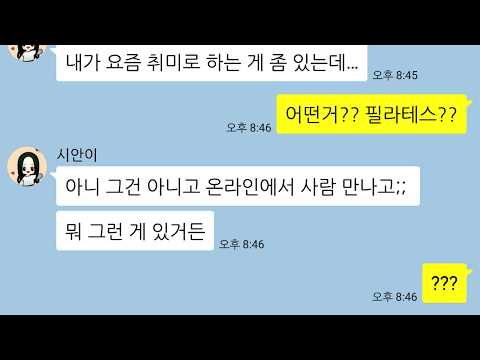 ATTENTION!! THERES BEEN AN UPDATE REFERRING TO HUMAN FH CHANGES SCROLL DOWN TO IT TO SEE
->copy and pasted from ramen and noodles disc. thank you to tamaon of that server for bringing english translations!<-

The Interesting Patch/Dev/Landing page Notes
Two new combat skills have been added for giants only.

Final Strike
Similar to Final Hit, can teleport to enemies.
The more you attack the delay between attacks decreases
You can ignore ping caused by heavy stander. However damage will still be decreased as normal.
And it's strong.

Stampede
Charges towards enemies and gathers them in front of you.
It will then increase the damage of the next melee skill used.

Windbreaker ( guess it means windguard)
Windbreaker[windguard] will no longer cancel when using normal attacks.
When moving to another area, windbreaker will not cancel.
When using Windbreaker[windguard] the issue where other combat skills were cancelled when hit has been fixed.
Throwing Attack
When using, the balance and injury rate will be applied.(edited)
Stomp
When stomping near a wall, it will be fixed to apply damage.
3 New Giant Only Equipment
Production recipes and materials have been added.
Massive Despair Hammer, Massive Despair Blade and Massive Despair Shield.
Some mats come from lord missions.


Hammer is two handed and has stampede enchancement 10.

Final Hit (humans)
When using dual wield and other weapons from the combat talent, the downgauge will increase depending on the amound and attack speed of weapons. UPDATE: this seems to be bad translation, I think it was suppose to be 2h not dual wielded. Anyways Normal Dual-wielded FH with twin swords will remain unchanged heres a vid in spoiler to show it. 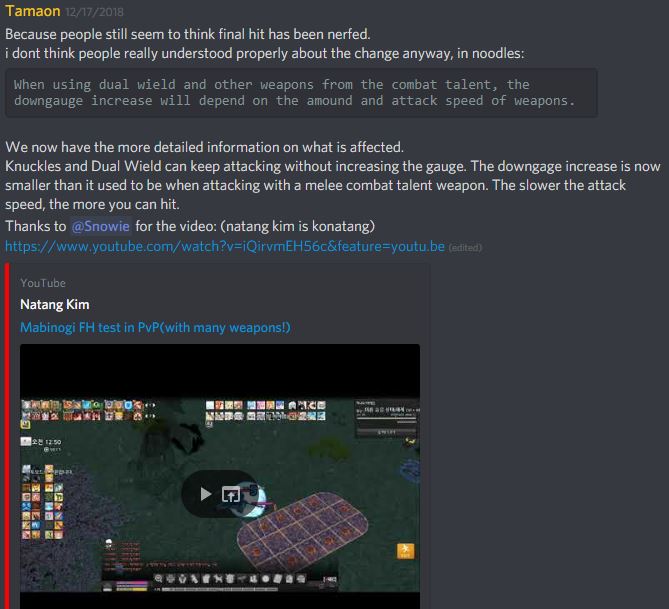 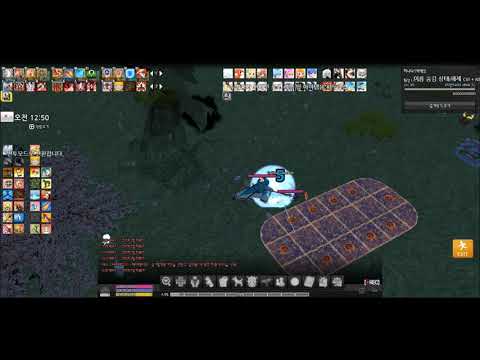 The Lightning effect will no longer apply during final hit.
New All Recoveries
500 and 1000 versions will be added
When using, life, mana, stamina and wounds will be healed.
Can be registered to tab bar.
Can be purchased from Fleta shop for a limited number of purchases.
1000 can be earnt from healer house pt job.(edited)
ADDED REMOVE QUAKE IN OPTIONS :rocket:
However I believeee things like cutscene vibration will not disappear.

Corrected Notes
If you use Final Hit or Final Shot while already using those skills, it has been fixed not to cancel the skill.
When switching weapon to lance, fixed final hit cancelling.
If you have an opponent in the same party, you can no longer heal them with shield of trusts hp recovery (pvp etc)
Fixed issue with rank 1 first aid that you could heal injuries other people in combat.(edited)
Fixed issue where giants became invisible when using beast and Tower Cylinder installing.
Fixed issue where giants with sprite pet mounted didn't show attack motions.
Fixed issue with zoom out and giants and divinity being put to the top of screen instead of middle.
Giants in new clothing

andd finally a dev said that they know some people will be unhappy with this, and they're working harder to bring balance to the game and will be working more in the future.